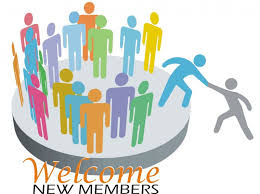 I think we can still just about get away with saying that.

And as we start 2016, the Y-DNA results of two new members have just been posted (see the previous blog post). Four additional members tested their Y-DNA over Christmas and we can expect these results to trickle in over the course of the next several weeks. Four of these six new members have Irish ancestry and therefore are likely to belong to Lineage II or III, and two have New England ancestry and therefore likely to belong to Lineage I. But who knows? Maybe we will discover an entirely new Lineage and some of the singletons in the "Ungrouped" cluster will suddenly be paired up with a new genetic cousin in their very own new lineage. Time will tell.

In addition, some members have upgraded their results to 67 or 111 markers. This will add a degree of detail to their Y-DNA profile which may very well help delineate their relative position on the Mutation History Tree for Lineage II.

So all in all, we are going to have a very busy and a very exciting start to 2016.

Further down the line, from August 19-24, we are having a Gleeson Clan Gathering in Nenagh, Co. Tipperary. Everyone is welcome, whether you're a Gleason, Gleeson, Glisson, or simply want to be. Several people from Lineage I and Lineage II have already signed up. We have a mixture of lectures, tours, excursions, & social gatherings, so if you ever wanted to visit Ireland, now would be an excellent time to go. The Gathering has its own dedicated website so feel free to take a look around and be sure to book early as there are limited spaces available. Please note that the focus of the Gathering will be on the Gleeson's of Irish origin but everyone and anyone is welcome to attend. 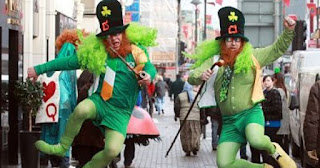 Here's to a prosperous and productive New Year, everyone!

Posted by Maurice Gleeson at 15:11 No comments:

Two sets of new results were recently posted to the project (on January 16th), both of which are matches to those in Lineage II (the North Tipperary Gleeson's).

Member B78262
The first set are those of new member B78262 and he has tested out to 67 markers. His ancestry is from Ireland and his MDKA is Peter Gleeson born c1841 in Bruree, Co. Limerick and died in 1901 in Chicago. We hope to have his Gleeson pedigree up on the Patriarch Page of the website shortly and we are awaiting some additional information about his ancestry, including the family nickname (if known). I will update this post in due course to reflect this new information.

Many of you in Lineage II will have B78262 as a match among your list of matches, but some of you will not (if the Genetic Distance between you and him is greater than 4 mismatches out of 37 markers ... or 7/67, or 10/111). However, as Admins, Judy and I can see how closely each member is related to everyone else, including those beyond the 4/37 level. And so, below is the GD of B78262 to everyone in the group:

Based on these values for Genetic Distance, it would appear that B78262 is most closely related to members 60393 & 411177. But a closer examination of the nature of the mutations and the markers in which they occur, suggests that he is more closely related to 60393.

Member 446153
The second set of results belong to new member 446153. He has tested out to 37 markers and also has Irish ancestry. His MDKA is Denis GLEESON born c1844 Silvermines, died 1875 Bendigo, Victoria, Australia. We will post his pedigree shortly on the Patriarch's Page but here it is for information (note that Denis' father may have been Jeremiah):
At first glance, 446153 does not match anyone in the Gleason/Gleeson DNA Project. He only has 2 matches at the 37 marker level and neither of them are a Gleeson - one is a Hamilton, the other a McLachlan. However, this latter match gives us a very big clue ... Mr McLachlan's terminal SNP is Z16438 and this is an "upstream SNP" to those in Lineage II. And on closer inspection, 446153 does in fact match EVERYONE in Lineage II. And this means that his particular Gleeson branch is genetically related to the North Tipperary Gleeson’s.

The reason why none of the Lineage II Gleeson’s turn up on his matches page is that the cutoff for declaring a match is 4/37 (i.e. 4 mismatches out of 37 markers, also know as a Genetic Distance or GD of 4/37) and none of the Lineage II Gleeson's have a GD compared to him of 4/37 or less. Most people within the group are not exact matches to each other but rather differ by a few mutations. These are expressed as genetic distance - an exact match would be 0/37 or 0/67 for example and a difference of 4 would be 4/37. You can read more about it here ...

However, as Admins, Judy and I can see how closely each member is related to everyone else, including those beyond the 4/37 level. And so, below is the GD between 446153 and everyone else in the Lineage II group. You will see from the table below, that most of his mismatches are 5/37, and therefore just miss the cut-off for being declared as a “match” to him.

So, 446153 is a match to everyone in Lineage II of the Gleeson DNA Project, confirming that his Gleeson genetic origins are North Tipperary as indicated by his documentary evidence.

There are 16 other people in Lineage II so far and new people are joining all the time. Some (like 446153) have tested to 37 markers, others have tested to 67 markers, and others to 111 markers. The n/a (not applicable) in the table above is because he has only tested to the 37 marker level and therefore we cannot compare his data to other members’ data above this level. I suspect that if he did test to 67 or 111 markers, he would find that a lot of people in Lineage II would then turn up in his list of matches (i.e. they would then fall within the thresholds for declaring a match, which would be up to 7/67, and up to 10/111 respectively).

His closest matches are the first 7 people in the table above (all with a GD of 5/37). I will have to take a close look at our current Mutation History Tree to see where he most likely fits within its current branching pattern (and therefore who in actuality is his closest relative). I will update this post in due course with that additional information.

Several additional results are expected in the next few weeks. Once the rest of the new results come in, they will all be added to the Lineage II Mutation History Tree. The updated tree will be the subject of a future post.

Posted by Maurice Gleeson at 17:06 No comments: