Now that the this project website has been up and running for almost a year, it is clear that some posts are visited very frequently, and to help people navigate the website a little easier, I have created a new set of Pages to the right which will help newcomers easily navigate the website and find the information they require.

The new pages include a revised version of the original Welcome blog (Feb 2015) as well as separate pages for people who want to join the project and who want to upgrade their test. There is also a new page which has lots of useful tips on how to get the most out of your DNA Test and everyone should check this out, even if you have been a member of the project for a long time. There may be some useful hints and tips there that you may not be aware of.

Here is the list of new pages. Please feel free to copy and paste this pages list into any email you might send to prospective DNA testers.

I have just returned from the 11th Annual FamilyTreeDNA Conference in Houston (Nov 11-13) where I had the pleasure of meeting my wonderful co-administrator and founder of our DNA Project, Judy Claassen. Even though we have talked previously on Skype and are in constant email communication, it was great to meet Judy in person for the first time and we had a fabulous weekend discussing various aspects of the project. We also networked with some of the best brains within the genetic genealogy community which has helped advance our ideas about next steps for the project.


I also had the privilege of presenting and sharing some of the results of our Gleason/Gleeson DNA project with the audience (made up entirely of FTDNA Project Administrators like Judy & myself). The title of my talk was "Combining SNPs, STRs, & Genealogy to build a Surname Origins Tree" and it will be available on my YouTube Channel here. In this talk, I developed some of the themes that I had touched on in an earlier presentation at Genetic Genealogy Ireland 2015 (Oct 9-11), which is also available on YouTube.


In brief, I described the fascinating journey of discovery I have taken these last few months to arrive at the Mutation History Tree for Lineage II of the DNA Project. I have previously posted about the generation of this tree based on 12 & 37 STR marker data but I have held off on publishing the more advanced tree (combining 111 STR marker data and SNP data) pending the arrival of additional DNA results. Well, those results are now in, I have incorporated them into both of my recent presentations, and I will be posting a summary of these results shortly in a subsequent blog post.

The resulting Lineage II tree uses the DNA mutations present among project members to define the branching pattern of the tree and to estimate when each of those branching points occurred. Every member can see where they sit on the tree in relation to every other member and will also have an idea of how closely or distantly they are related to everyone else within the group. And of course as more people join, they will be added to the tree, it will get bigger, and the branching pattern and time estimates will become more accurate.


After the conference, a few of us stayed an extra day to tour the FTDNA labs. They really have quite a set-up and the resources they have available are impressive. We can expect some great things from FTDNA in 2016,


I also was also honoured and privileged to receive an award (organised by Brad Larkin of the SurnameDNA Journal) in recognition of my work in genetic genealogy and was voted Genetic Genealogist of the Year 2015, a very humbling experience given that there are so many of my peers equally deserving of such an accolade. The award itself is made of fine wood and is beautifully inscribed with gold lettering. It is going up on the wall of my study as soon as I can lay my hands on a hammer and a nail.


A big thank you to all of the people who have helped me over the years, especially my colleagues within the genetic genealogy community whose conversations and discussions have served to formulate my own ideas about genetic genealogy. I am humbled by the award and honoured to be part of this wonderful community. 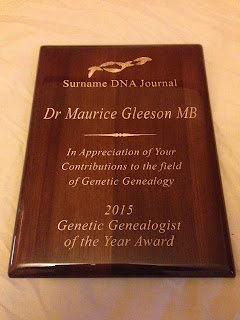 Link(s) to online tree(s):
* based on naming convention

[1] birth & baptism records of his children 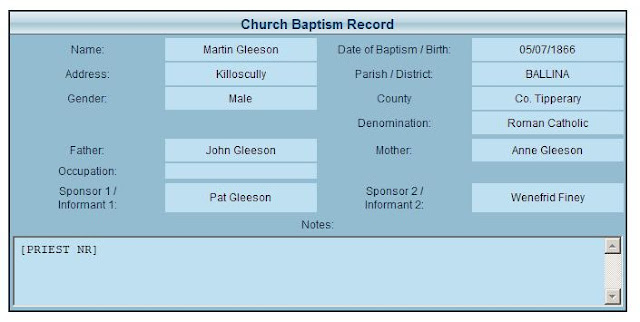 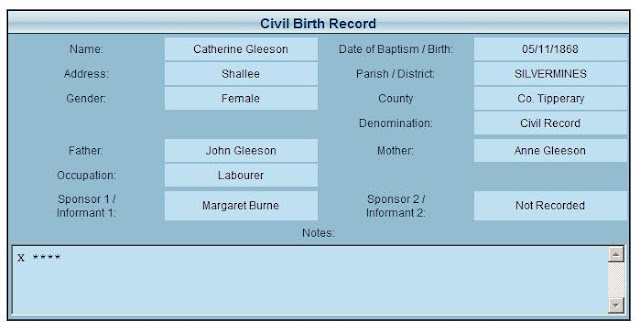 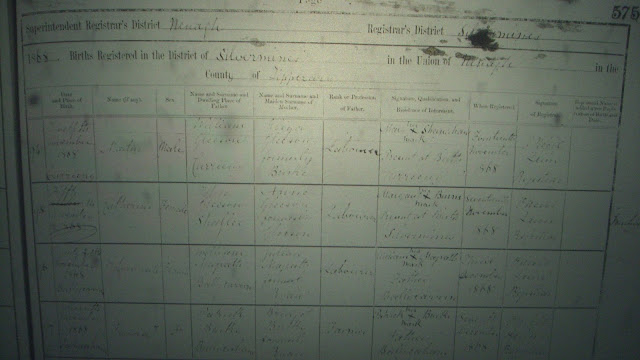 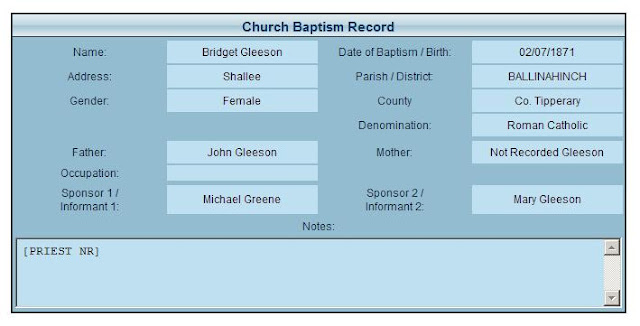 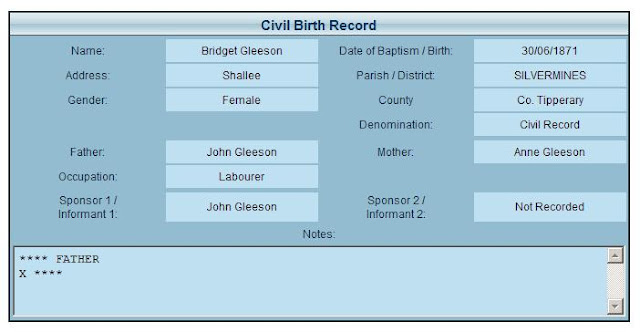 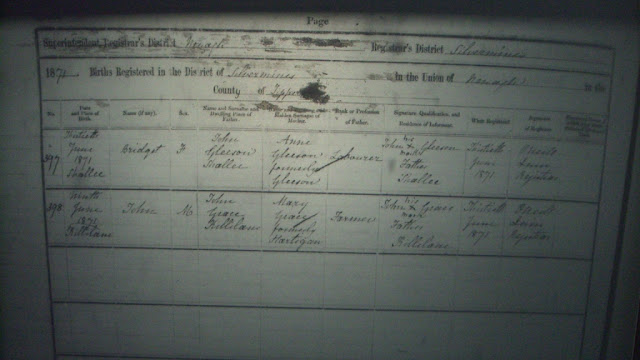 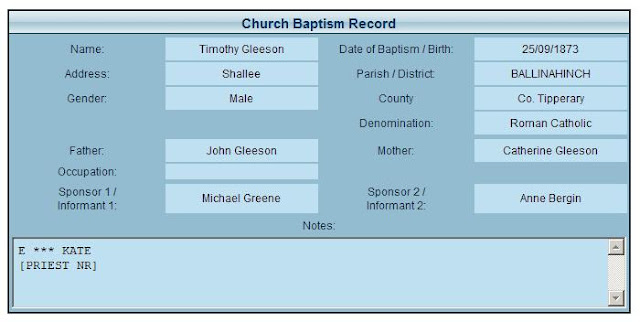 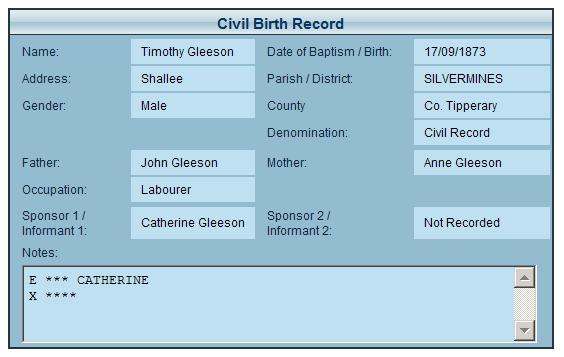 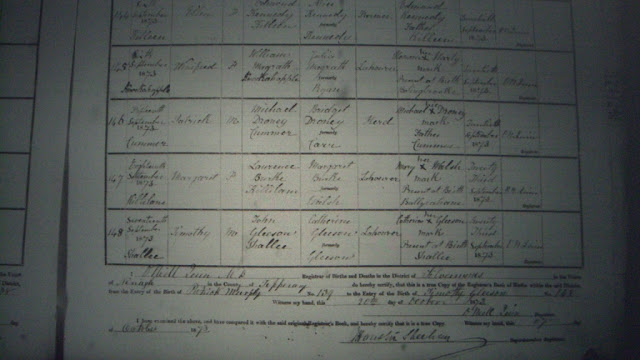 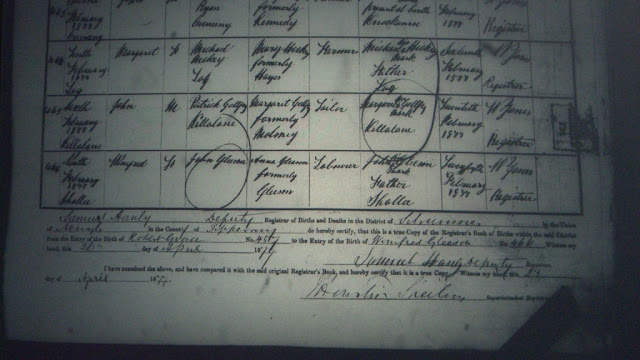 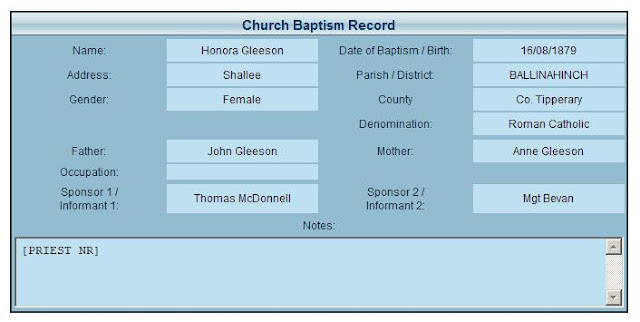 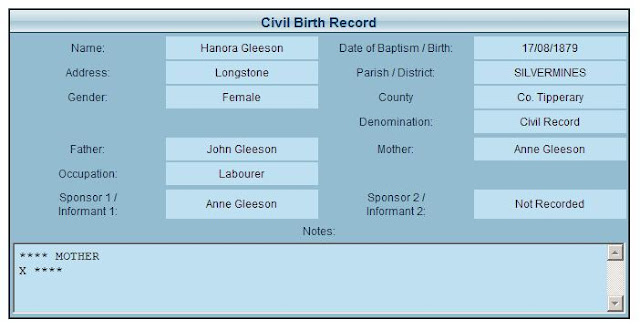 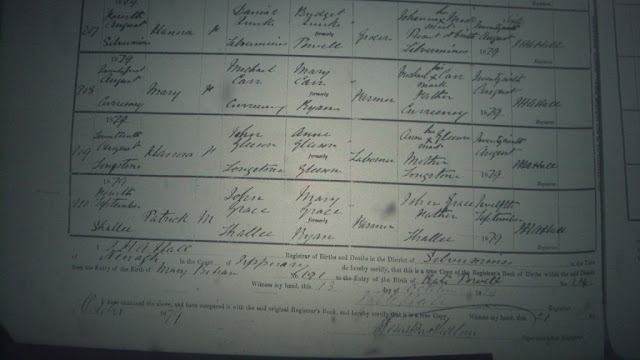 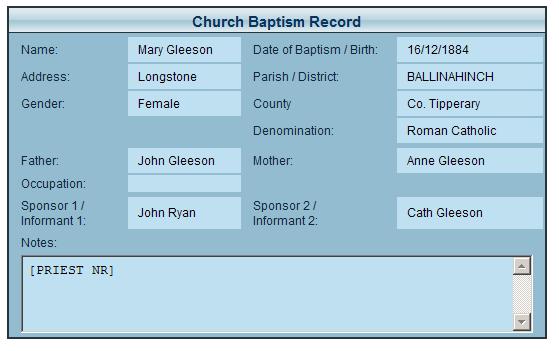 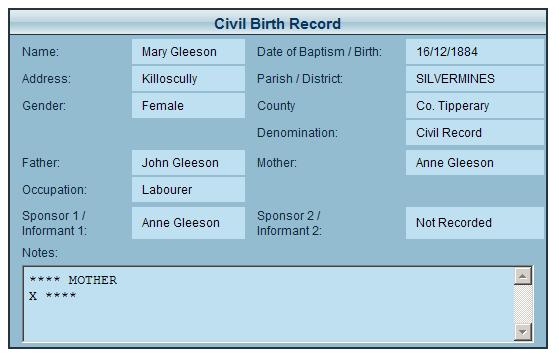 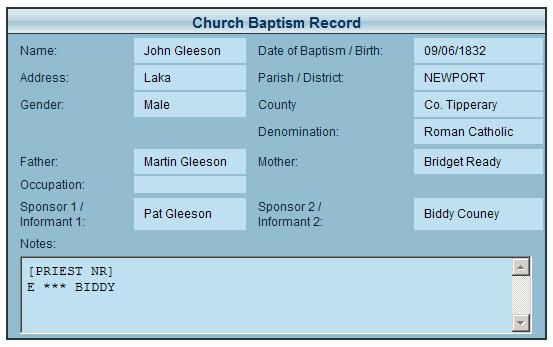 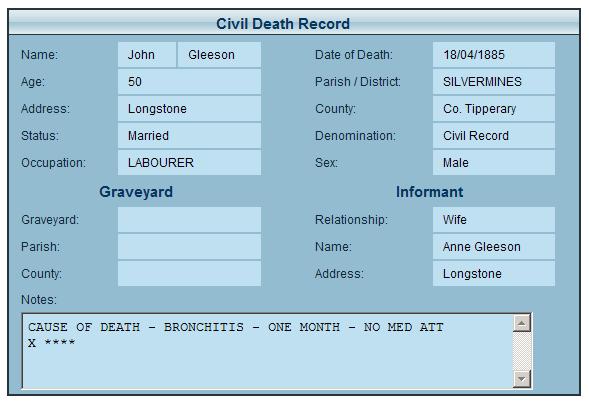 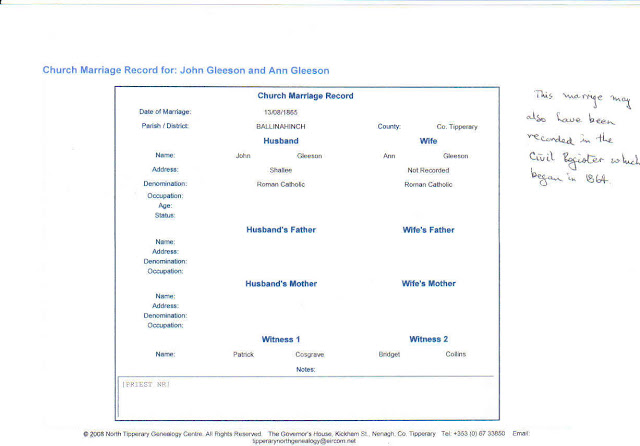 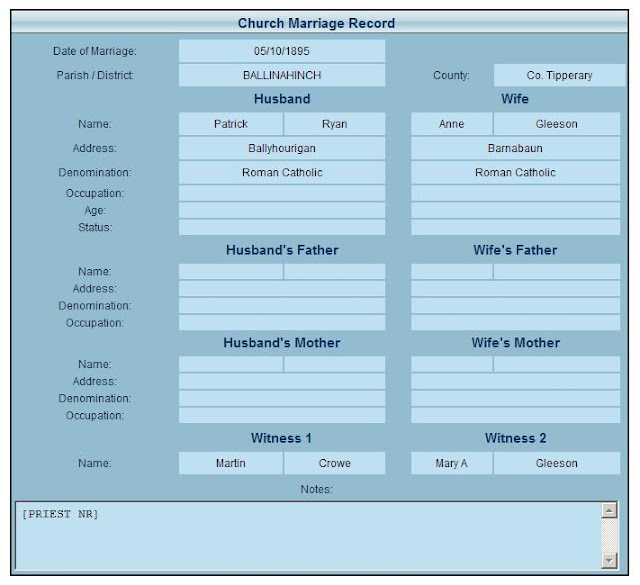 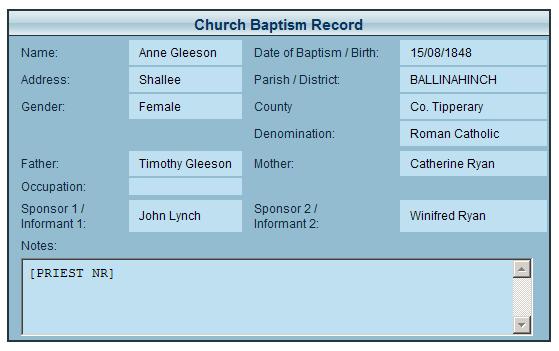 Posted by Maurice Gleeson at 07:03 No comments: